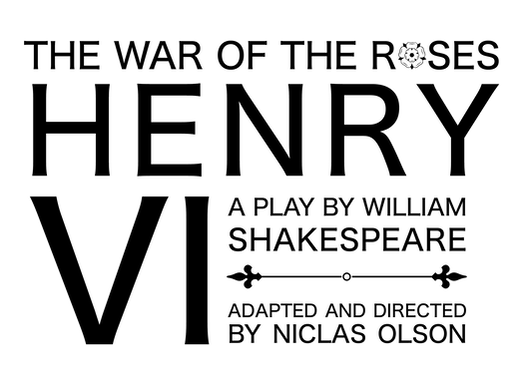 William Shakespeare's
​WAR OF THE ROSES

The entirety of William Shakespeare's WAR OF THE ROSES saga is brought to life in an ambitious new project from New Muses. Over the course of the 2021-22 and 2022-23 Seasons, New Muses will present the entirety of Shakespeare's interconnected history plays beginning with a one-night-only staged reading of RICHARD II and an action packed journey through the tale of HENRY IV in fall and winter of 2021. The saga returns in early 2023 with HENRY V. Then spend the summer uncovering the political machinations behind HENRY VI and RICHARD III. Ambition, betrayal, God and country... war is coming.
​
The three parts of William Shakespeare's HENRY VI trilogy have been adapted into a single play for this production.

CAST
to be announced

ADAPTED and DIRECTED
by Niclas Olson